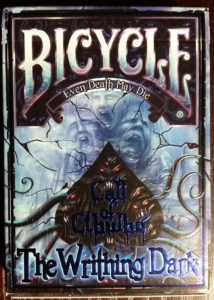 These cards were released in two editions, standard and limited. This deck is one of the limited edition decks, signed by the artist with a holofoil numbered seal.  Only 1,000 of these were produced, printed December, 2015. Additionally, the tuck box for the Limited Edition deck features raised faces, tentacles, and lettering.  The cards feature custom artwork and pips. 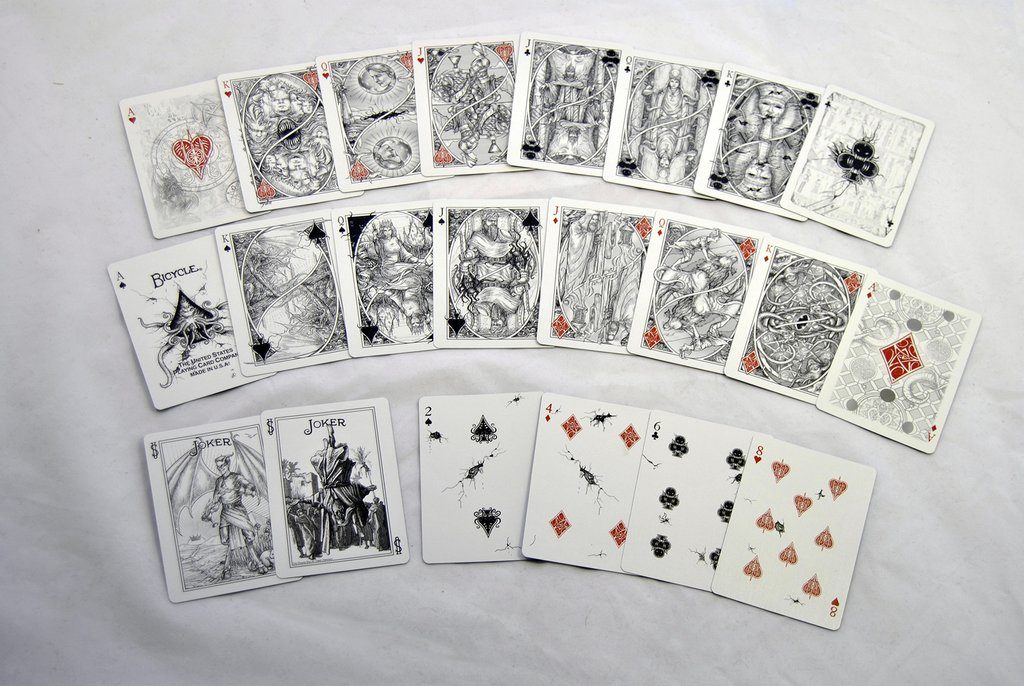 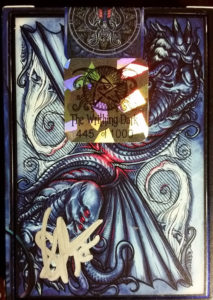