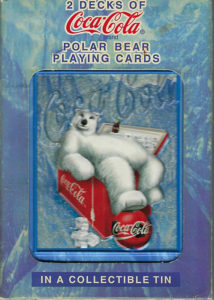 Front of packaging with cut out showing front of tin design

The polar bear first showed up in Coca Cola advertising in France in 1922 and continued to show up periodically over the next 70 years. The modern polar bear debuted in 1993. This double deck was produced by USPCC in 1998 (blue seal) and Bicycle branded. The two decks are enclosed in a tin with a flip top opening and contains a sporty theme. One deck shows a polar bear cooling off on top of a cooler of Coca Cola, and the other shows a polar bear reaching for a Coke while climbing a mountain. These are standard poker sized decks sealed in original packaging, including two stickers. 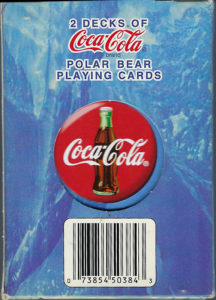 Back of packaging with cutout showing back of tin design 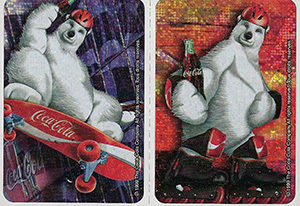 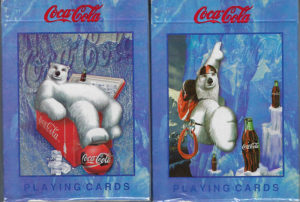 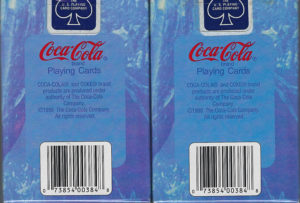 Back of decks (USPCC blue seal)