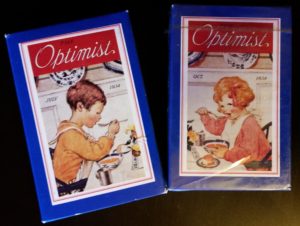 The Optimist Covers Artwork from 1934

These are two decks of Campbell Soup playing cards printed in 1995. The artwork were used during the 1930’s in an advertisement and as covers for The Optimist, an in-house publication for Campbell Soup Co. These images were done by Jessie Willcox Smith, who know for capturing tender moments of children in her artwork.

These two decks have never been used. Little girl deck is still in plastic. The plastic on little boy deck cracked and came off. 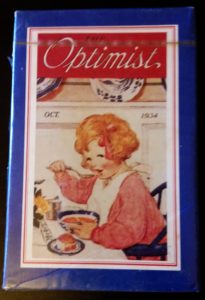 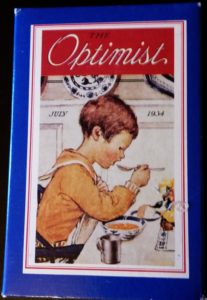